Students from Kowloon Sam Yuk Secondary School formed two groups to participate in the Open GIS Competition organized by Geospatial Lab. They were shortlisted to give a presentation for their projects on the presentation day and at the award ceremony.

In their project “Greenery Without Boundary” (綠色無界限), five S3 students used open spatial data and spatial analytical tools to assess the adequacy of existing green space provisions in MongKok.  They were the champion in the junior secondary category (S1-S3) at the Open GIS Competition.

Meanwhile, five S5 students studied the proposed urban renewal strategy of Tai Kok Tsui and applied locational intelligence to formulate suggestions which could transform the existing community into a “park-side green community”. They were awarded a merit in the senior secondary category (S4-S6) with a project titled “Green Community in Tai Kok Tsui”( 綠悠大角咀) at the Open GIS Competition. The students further harnessed their GIS knowledge in their recent project on noise impact assessment as well as the adequacy of the green facilities in their school’s neighborhood. They were awarded the Surein Foundation Scholarship.

By the end of August, 2022, Dr. Choi Yuk-lin, Secretary for Education, visited the GeoSpatial Lab. Sam Yuk students were invited to share another GIS application which told the historical evolution of buildings and local characteristics along  Boundary Street, where their school is located.  Kowloon Sam Yuk Secondary School Principal Ms. Shirley Leung, who is fond of Archaeology, also gave  opening remarks to illustrate the archaeological work of discovering Yazhang （牙璋）in China via 3D GIS.

“Thanks to the Map in Learning program, Sam Yuk students had an opportunity to learn GIS and adopt this technology to understand our community as well as solve problems of the community in a self-initiative and creative manner.” as told by Principal Leung.  She is delighted that not only students, but also teachers are willing to roll up their sleeves to keenly play their part in learning and teaching GIS.

Kowloon Sam Yuk Secondary School has joined the Map in Learning (MiL) Program and has been provided with a cloud-based learning GIS platform — ArcGIS Online, which is offered for free to primary and secondary schools in Hong Kong and Macao. GIS training has been delivered to the teachers and students. 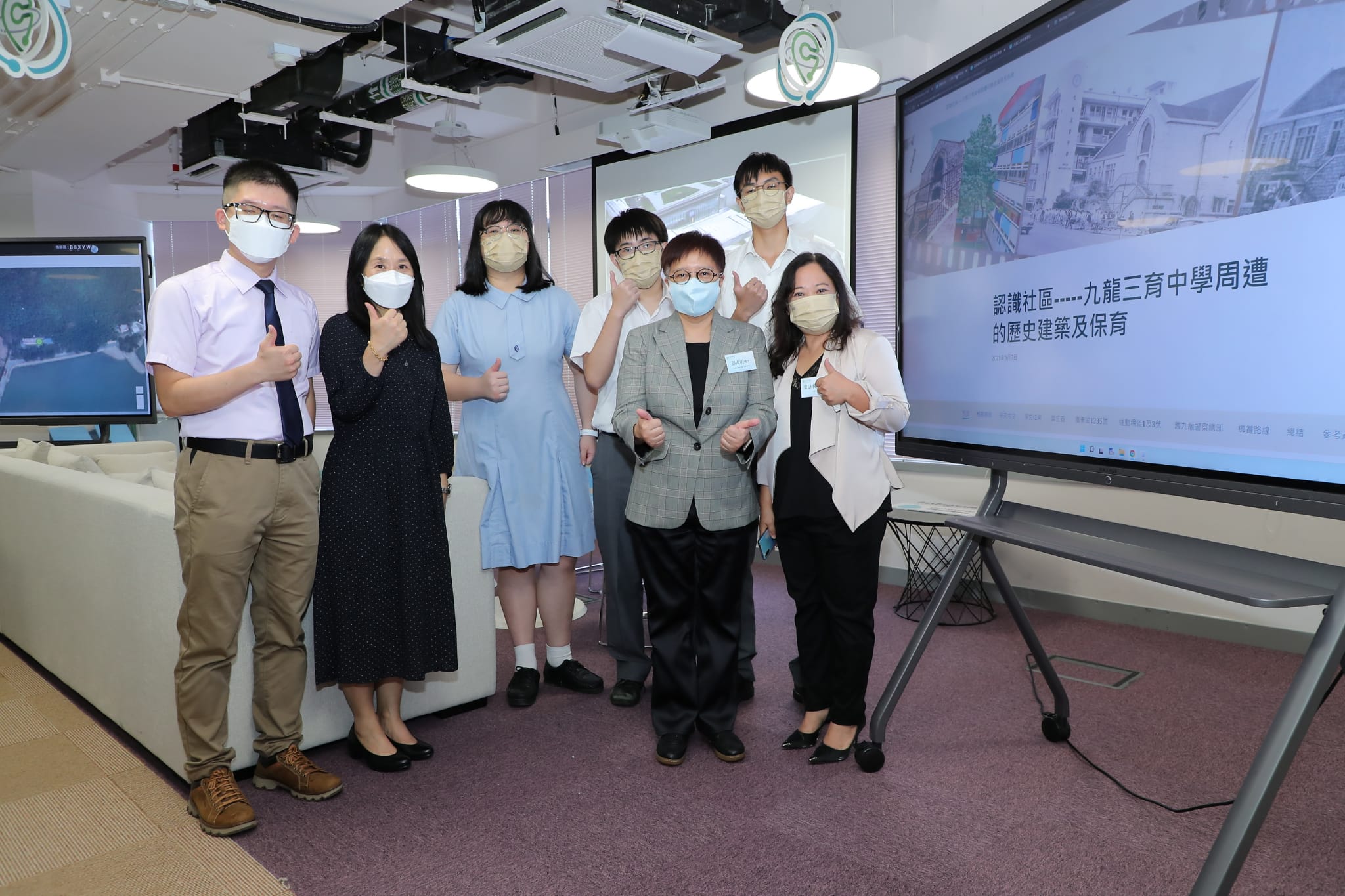 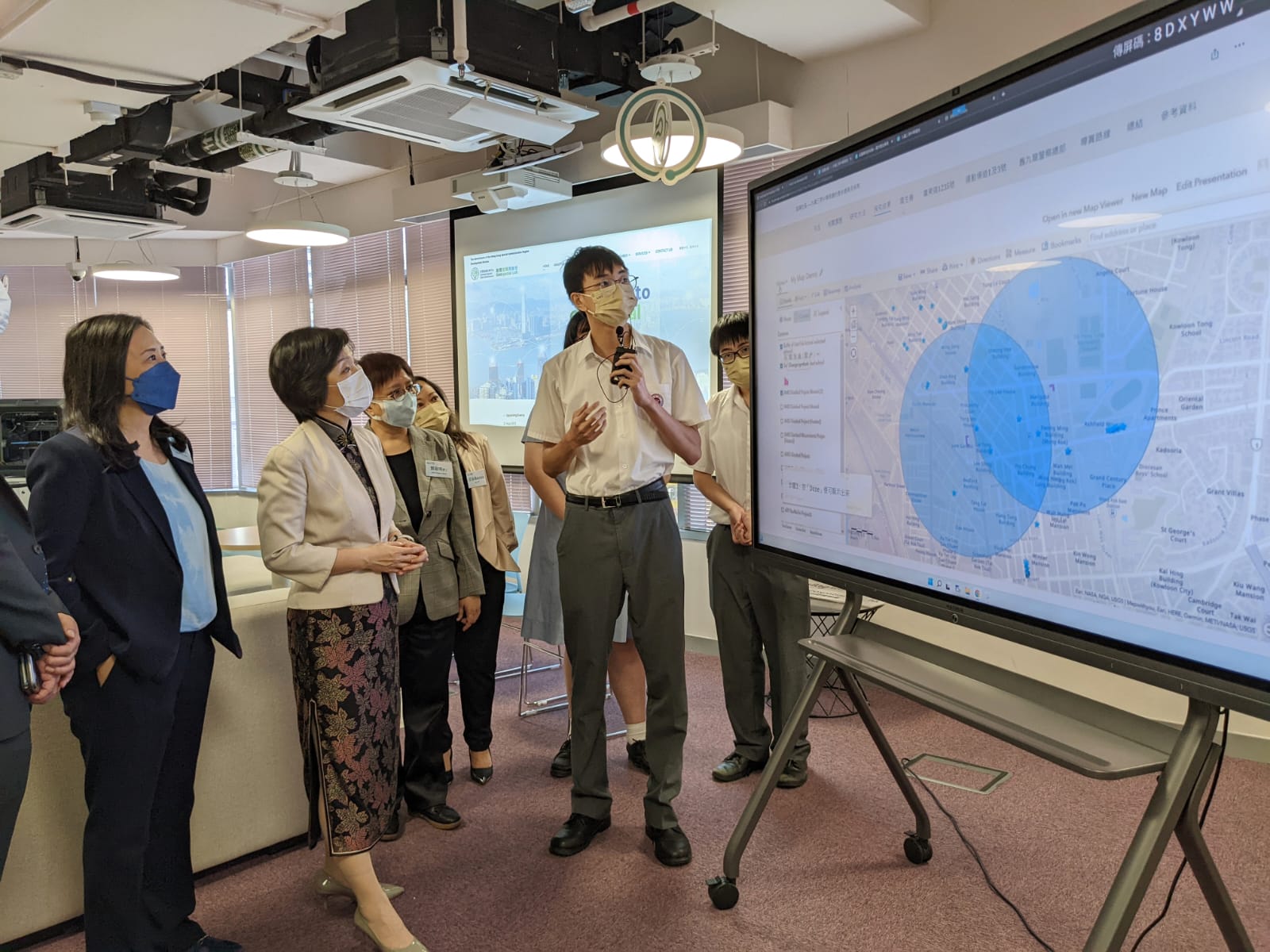 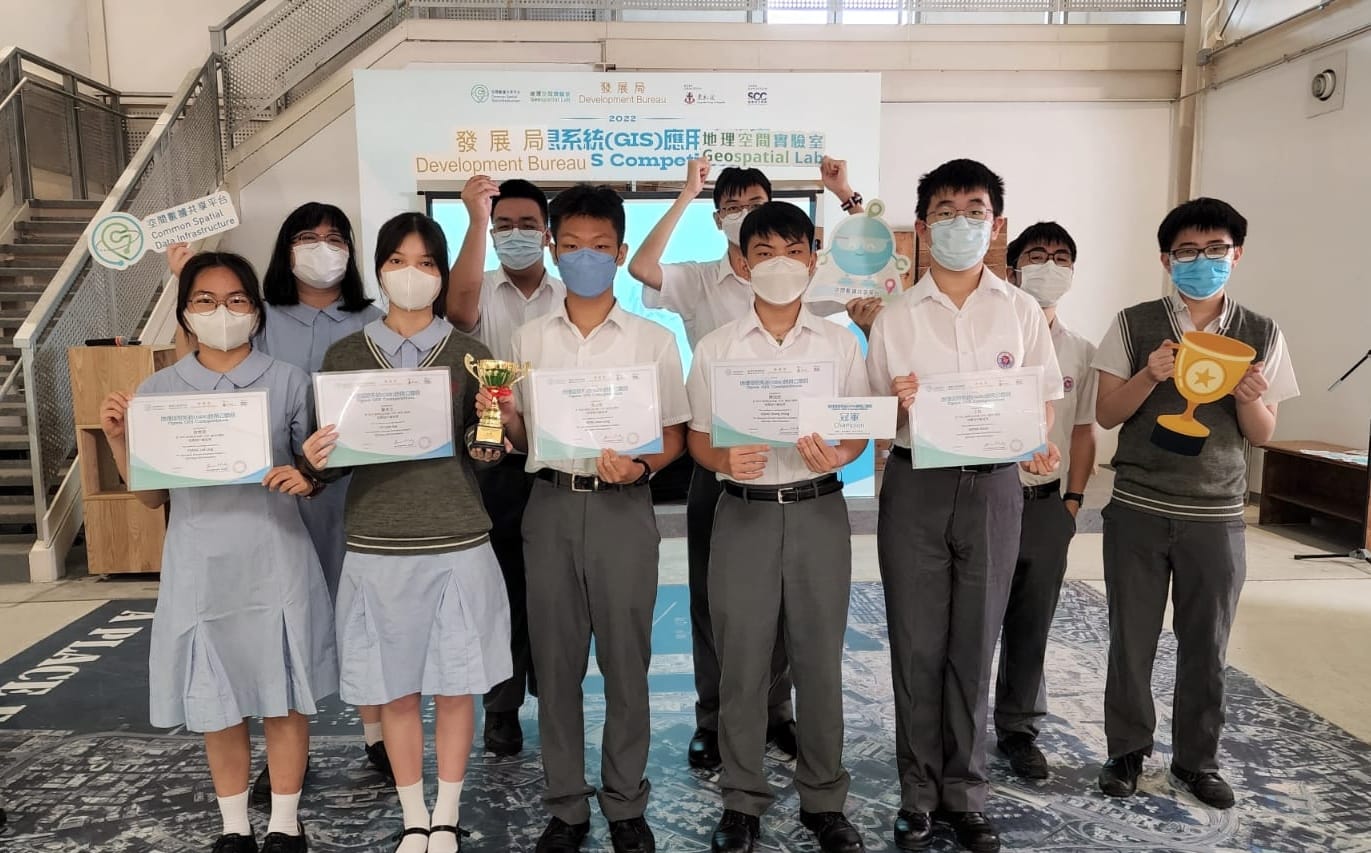