GIS technology and communication network have transformed our experience and understanding of time and space, and historians have begun expanding space and time, shifting our paradigms to the broader horizons of spatio-temporal history.

Although GIS has been used in the study of spatial history for some time such as the study of Sun Yat-Sen Parks in the World, there have not been any undergraduate courses available for this cross-disciplinary STEM education until Dr. Kwong set up a course on “Introduction to Spatial History” after support was sought from Knowledge Transfer Office, HKBU and Quality Education Fund.

Analysis of the map data from the sample sites and dated old maps in Hong Kong reveals symbolic relations otherwise hidden from the casual spectators. For example, in his study of the Battle of Hong Kong of 1941, he found more evidence to explain the movement of the units of both sides and the progress of the battle. The locations of a series of military structures were plotted on the maps to show the line of defense in Hong Kong at that time.

A map is plotted with the locations of a series of military structures in Hong Kong.

When asked about the difficulties encountered in using GIS for analyzing historical locations, Dr. Kwong said geo-referencing on a historical map may not be easy since the exact locations of some nominal historical places no longer exist nowadays. He likes using ArcGIS StoryMaps to tell the story and make suitable adjustments on the map for the sake of visualizing the historical story. 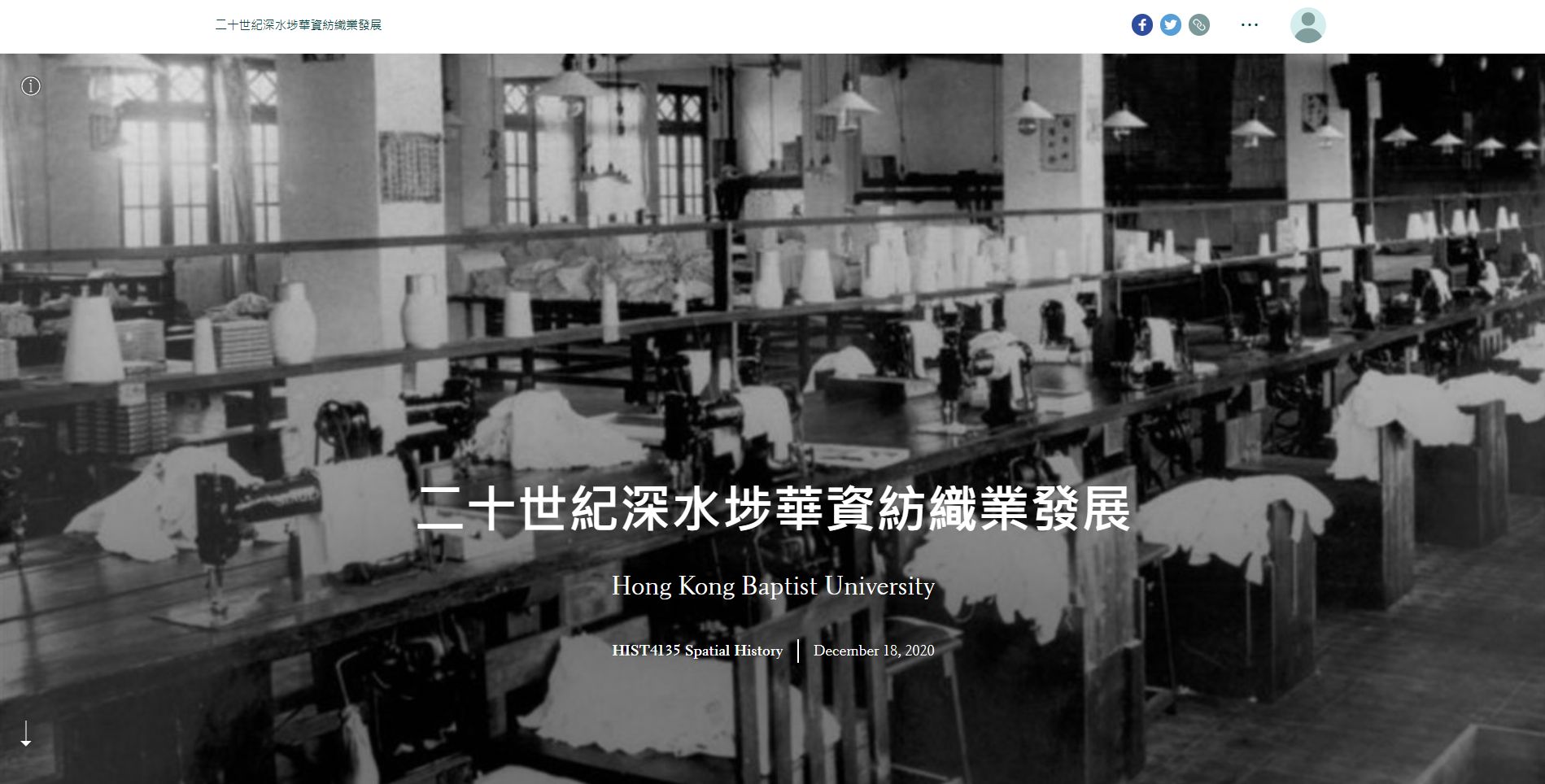 A study on the textile industry development in Sham Shui Po was presented by using ArcGIS StoryMaps.

Students taught by Dr. Kwong have made use of GIS effectively to study the history of Hong Kong. Some interesting topics done by his students include study on the development of the textile industry in Sham Shui Po, the Prisoners of War Life of Royal Rifles of Canada in Sham Shui Po, as well as the historical development of Empire Theatre and State Theatre (two theatres in the same location) in North Point.

A StoryMap is created for POW Life of Royal Rifles of Canada in HK.

Dr. Kwong hopes the use of GIS can be widely implemented in STEM education and everyone should acquire the skills of performing spatial analysis.