Dr. Winnie Tang, Chairman of Esri China (HK) was invited to give a keynote lecture at the 25th Annual Conference of Hong Kong Institution of Science (HKIS) on 2 December 2017.

Established in 1992 by a group of heavyweight scientists that have made outstanding contribution to science and technology through original research or innovative applications, the HKIS aims to foster the development of science in Hong Kong and to facilitate the development of links with scientific communities in the Chinese mainland, Taiwan and overseas.

Titled “Spatial Information and Smart City”, Dr. Tang shared with the audience the key success factors of a smart city which emphasizes bottom-up participation with utilization of information and communication technology to improve the quality of employment and life. Professor Stephen Goldsmith at the Harvard Kennedy School also pointed out that governments of leading smart cities had already been undergoing big changes through using data to improve operations in The Wall Street Journal early this year.

The sharing of spatial data or geographic information with the public is crucial to encourage public participation and creativity. Los Angeles of the United States set a famous example. After the launch of its open data platform GeoHub in early 2016, Angelenos were bubbling with ideas with numerous startups coming into being, as described by LA’s Mayor Mr. Eric Garcetti.

Three awards in name of 2017 Young Scientist Award, were also given at the Conference under the streams of physical/mathematical science; life science; and engineering science, to support and encourage the development of innovation and technology in Hong Kong. 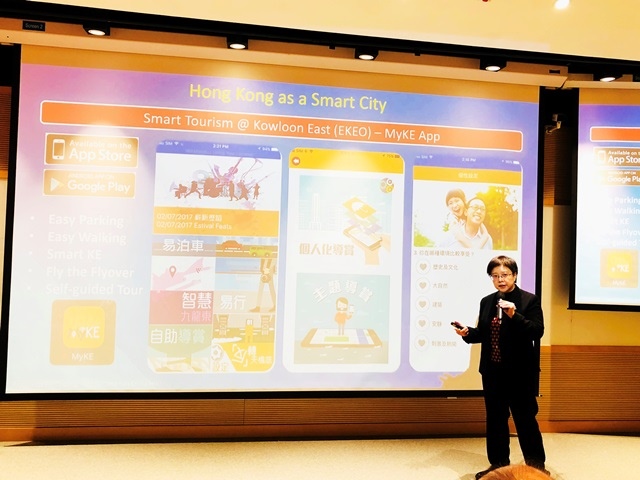 Dr. Winnie Tang, Chairman of Esri China (HK) talked about how spatial thinking was of paramount importance to our daily life at the 25th Annual Conference of Hong Kong Institution of Science. 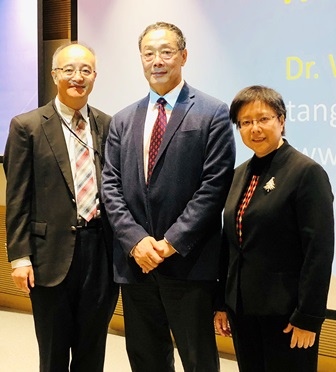