GThe launching ceremony of the Inter-school Cross-curricular Project Competition on Climate Change 2016-17 was successfully held on 25 October. The competition is a signature event of the Education Bureau for 2016-17 with Esri China (Hong Kong) Limited and Hong Kong Education City as the strategic partners. 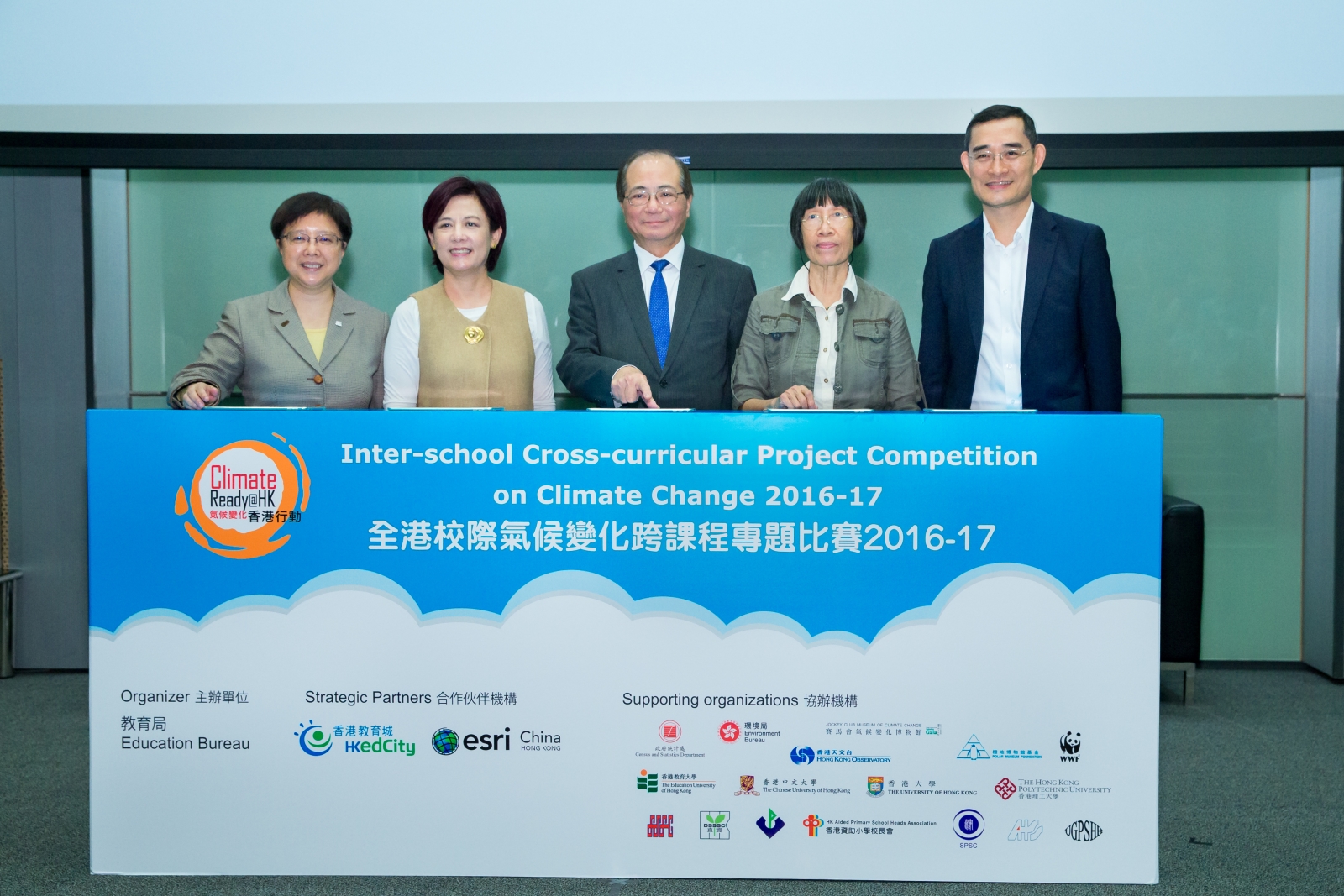 Dr. Winnie Tang, Founder and Chairman of Esri China (HK), joined Mr. Eddie Ng Hak-kim, the Secretary for Education, Dr. Catherine Chan, Deputy Secretary for Education, Mr. Victor Cheng, Executive Director of Hong Kong Education City and honored guest Dr. Lee Lok-sze, Founder of the Polar Museum Foundation, to kick off the competition. Teachers and students from participating schools were invited to share their research and invention on mitigation of climate change. A seminar on climate change and technology was also organized together with the ceremony.

Mr. Ng said that climate change is a global challenge currently facing the whole world and is affecting the life of everyone. The Paris Agreement signed by 195 nations at the end of 2015 is an important step forward in a concerted effort to tackle the issue. Hong Kong will need to reduce carbon emissions in future years like other international cities. 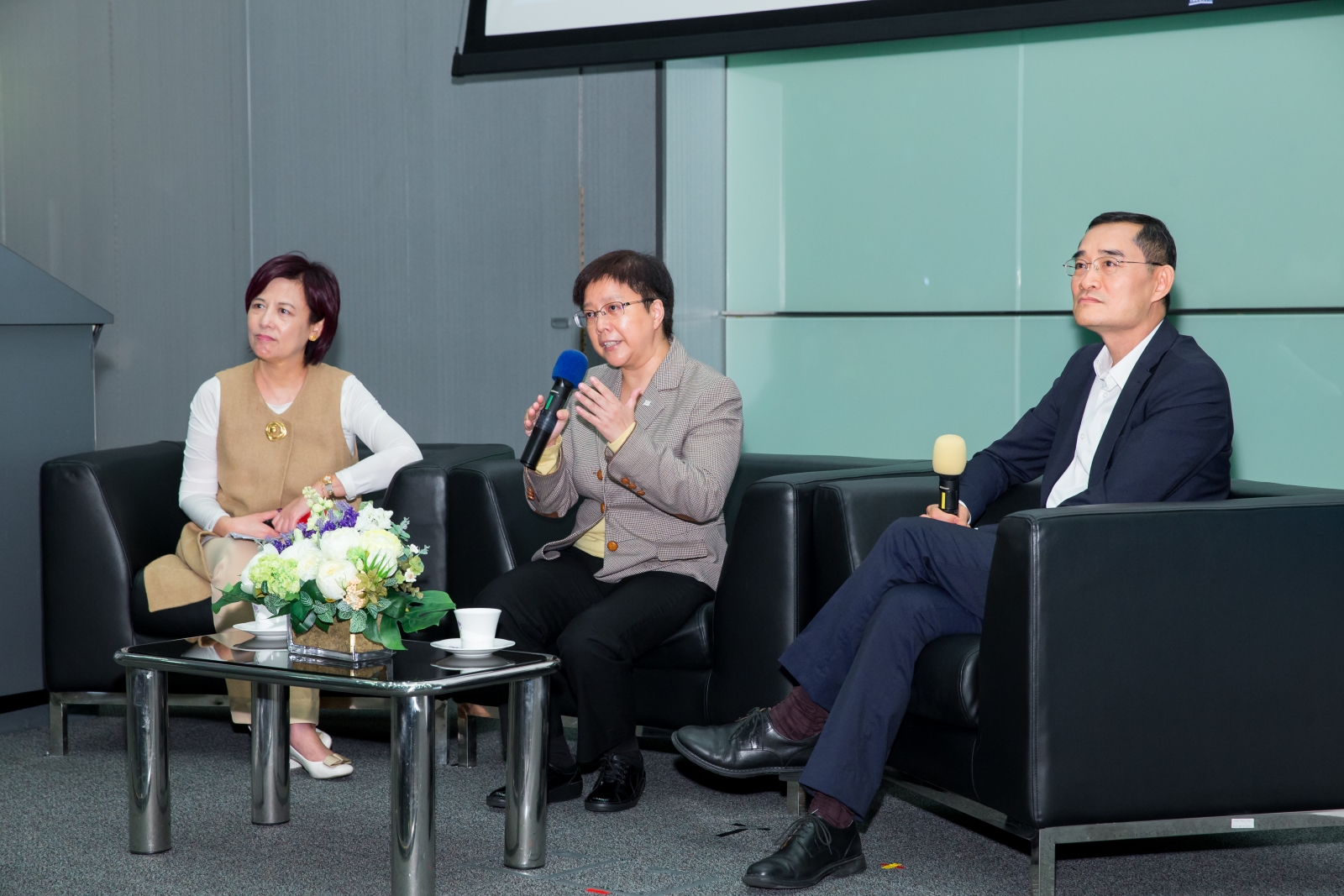 Mr. Ng also noted that the competition allows students to use spatial analysis and mapping tools to conduct research on climate change from micro to macro perspectives, so as to come up with innovative ideas on mitigation, adaptation and resilience strategies to tackle climate change.

Dr. Tang elaborated the point further by introducing some of the latest GIS technologies and mentioning a number of worldwide examples. Dr. Lee Lok-sze presented her polar expedition experience and stated how global climate change severely influences the living things of the planet. The speakers all encouraged the young generation to nurture a sense of responsibility towards nature and human beings with an aim of building a better world together.

The competition was divided into three categories: primary (Primary Four to Primary Six), junior secondary (Secondary One to Secondary Three) and senior secondary (Secondary Four to Secondary Six). Students can choose to produce a small invention or to conduct project research on coping with climate change. The application of the meaningful competition has been closed on 2 December 2016 and all participating teams must submit their works on or before 17 March 2017.

As one of the strategic partners of the competition, Esri China (HK) supports the competition by providing free subscription of ArcGIS Online School Account to participating schools through the Map in Learning (MiL) Program. In addition, various support services, training workshops and online e-learning resources are also provided to teachers and students on complimentary basis.

A series of training workshops for participating teachers and students have been organized to enhance their understanding of climate change. Details of the competition can be found at the website.

More information can be found through the below hyperlinks:

The Ceremony in the News: